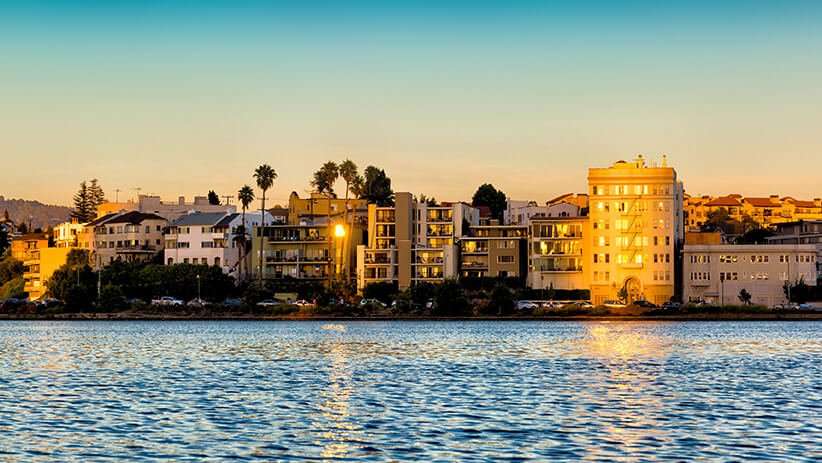 So Many Options For your Commute as an Oaklander

Homes near BART have become a very hot commodity in the Bay Area and especially in Oakland. We often hear from clients who are from out of town or across the bridge, that an easy commute is a deal breaker when shopping for a home. After some research, phone calls, several bus trips and BART rides and bicycle outings, we are happy to inform those skeptics that there ARE options for your commute as an Oaklander.

It may seem bleak at first. After all, Oakland is huge and with only 8 BART stations, finding a home within walking distance to one is not the easy task. Oakland is 78 square miles, compared to San Francisco’s 46. San Francisco has 8 BART stations but also the Muni light rail in addition to multiple Muni bus lines that interconnect to one another. New home buyers and those unfamiliar with Oakland tend to think that we live in a transportation desert, which couldn’t be further from the truth. Although the 8 BART stations don’t seem like much, they really do serve the whole city, connecting each major neighborhood or “hub” with the next. Supplementary, AC Transit, our local bus system, is very reliable and efficient (which, if you ask a San Francisco commuter, can’t be said of Muni on any given day). Several of our clients in Crocker Highlands enjoy an easy commute from Park Street or Lakeshore to BART via AC Transit. AC Transit has 151 lines, several of which travel to San Francisco and are 24 hours. As an ex-pat from San Francisco who frequently takes public transit, I can tell you that AC Transit buses run frequently, are clean and newer, and several are emission free even lessening the carbon footprint. You can travel via public transportation from pretty much anywhere in Oakland and Berkeley and to make it easier there’s an app for it (just search AC Transit in the App Store).

If you aren’t quite ready for mass public transit, there are still several options. One local favorite is Casual Carpool. This service has been transporting folks from the East Bay to San Francisco for 30 years. There are 7 Casual Carpool sites in Oakland alone, as well as several once you get into San Francisco (visit the official website for a more detailed list). There are a few rules or more specifically Casual Carpool “etiquette” i.e. offer $2 to the driver for bridge toll or gas, conversation should be kept at a minimum unless the driver initiates and it should be assumed food and drink not be consumed in the driver’s car. Usually the ride is fast and comfy and you get to meet someone who you wouldn’t normally. It’s a great way to not only get in and out of the City or South Bay but also greatly minimizes your carbon footprint! Check out the official website for all the details, pick-up and drop-off sites and etiquette.

On a beautiful day in Oakland what better way to get to and from work via bicycle? We are very lucky to have some of the best weather in the entire Bay and should take advantage of that by being outside. Not only is biking a great way to get in your workout in on the daily, it’s economical and environmentally brilliant! Luckily Oakland is a very bike friendly city, with 152 miles of bike baths and “sharrows” (painted shared roads) as of June 2016, according to Bike East Bay. For free bike maps and other information including bicycle safety and laws visit their website.

Imagine starting your workday on a boat! Who gets to do that?! If you work in the city or in Marin, you do! The San Francisco Bay Ferry is conveniently located at Jack London Square with limited free lot parking (if you get there early enough) for riders. The Ferry runs frequently both during the morning and evening commutes and enables you to enjoy a relaxing and scenic 30 minute ride chock full of free wifi, snacks and an after work glass of wine or beer if you please. Many regular commuters take this time to finish work, catch up on Netflix favorites, chat with fellow ferry riding friends or take a 30 minute snooze. It really is a fantastic option for those who just can’t bear that toll booth traffic. Visit the San Francisco Bay Ferry’s website for a complete schedule and more information.